Definition of a “Nanny” is a woman who is employed by parents to care for a young child in a house setting – either in the child’s home or in nanny’s house.

The profession of nanny had been in existence for centuries both in the Eastern and the Western societies before the word “Nanny” was coined. In accounts of early history, nannies were known as “nursemaid”, “wet nurse (ru mu 乳母)”, “dry nurse ”or “nursing mothers”. The wet nurse who are like nannies is the one who would breast-feed and care for the child. The dry nurse sees to other needs other nursing the child.

In the British Empire, the nannies worked as servants in the large aristocratic families and reports to the lady of the house. Besides caring for daily needs of the child, some who are educated are also responsible to teach the child.

In the history of Imperial China, only the sons of the emperor, sons of dignitaries (in some dynasty they are also addressed “princes”), and doctors are eligible to be breastfed by a wet nurse. In Japan, royal family, noble and martial arts children are breastfed by nursing mothers.

It was recorded that some of the reasons why a wet nurse is hired is because the amount of milk the mummy has is not enough to feed the baby – especially in the case of multiple births, and some mothers are unwilling to feed the baby for personal reason (eg. afraid of affecting her body)

As breastfeeding inhibits ovulation, the wealthy and the nobles often find nursing mothers to nurse their baby so as to conceive the next baby as soon as possible; especially when a male heir is required in the race for family inheritance. The noble household would pick a nanny from among the lady slaves, a freedwoman or a poor woman.

The nannies lived and worked in royal palaces and aristocratic house as part of the servant staff but takes on the senior roles. She shares a close bond with the family because of her connections with the child and lady of the house.

Today, with a growing acceptance of both parents at work and the recognition of the importance of childcare, being a nanny is a well-respected career. Nannies draws rather impressive salary. Her duties are generally focused on task related to caring for the wholistic well-being and the developmental needs of the child or children . Some nannies may already come with some knowledge through academic experiences and/or experiences on the field as well as First-Aid certified. 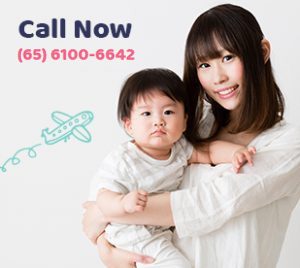